As an accompanist, Tim has been playing for choirs and soloists since the age of elven when he attended Desborough School, Maidenhead and became accompanist of their well-known choir. He then studied piano with Jana Frenklova at Bangor University, North Wales where he also played for local choral societies and soloists. Since then, he has developed into a sensitive and versatile performer, playing for soloists and choirs up and down the country. Tim has travelled widely with the English Concert Singers, under its director, Roy Wales and played on their tours of China, Australia and South America .

As a conductor and choral director, Tim has worked for Southend Operatic Society, the Howard Wallace Chorale and Rug Opera, among many others. His school choirs have gained a reputation for excellence, winning first prize at many festivals and competitions. He recently started a new children’s choir (currently consisting of six members ) called the Studio Singers.

Tim is now delighted to be the new Musical Director of the Grove Singers of London, and is very much looking forward to an enthusiastic audience enjoying the performance of this long established and experienced choir. 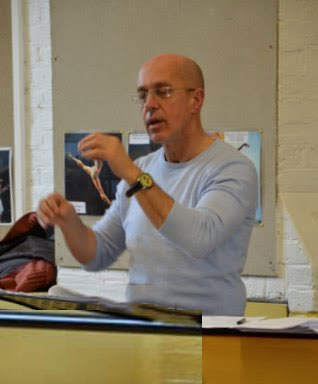